COVID-19: Avoid scammers and learn about our actions to help customers. 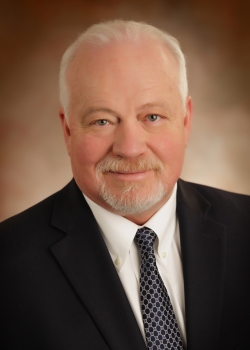 Ralph Bowling was named to his current position in 2008. He has more than 30 years of experience in the electric utility industry.

Bowling began his career as a power plant construction journeyman at Louisville Gas and Electric Company in 1976. He became central maintenance manager in 1989 at the company's Mill Creek generating station, where he was responsible for maintaining generating units capable of producing more than 1,600 megawatts. He subsequently became manager of maintenance services from 1992 to 1998. Bowling then became plant general manager at Western Kentucky Energy (WKE), a former LG&E Energy generation subsidiary, and held that position from 1998 until 2002. Following the acquisition of LG&E Energy by British company Powergen, Bowling accepted the position of general manager of Powergen's Black Fossil Group in the United Kingdom in 2002. He returned to the United States in 2003 as vice president, Power Operations, at Western Kentucky Energy. In June 2008, Bowling assumed responsibility for the operation of LG&E and KU generating facilities, equaling more than 8,000 megawatts, as vice president - Power Production.