If you think you’ve fallen victim to a utility scam, find information about scams targeting utility customers and ways to ensure your information is safe and secure.

Our app allows you to pay your bill, report an outage, view our outage map, view payment history, manage your account and more.

Our app allows you to pay your bill, report an outage, view our outage map, view payment history, manage your account and more.

We’re dedicated to protecting the environment, while delivering reliable and safe energy to our customers....more

We’re dedicated to protecting the environment, while delivering reliable and safe energy to our customers.

We’re integrating sustainability into every part of our operations and through customer partnerships.

We offer safety tips and information to ensure you, your family members and friends, our employees and business partners remain safe each and every day....more

We offer safety tips and information to ensure you, your family members and friends, our employees and business partners remain safe each and every day. Also, find information about scams targeting utility customers and ways to ensure your information is safe and secure.

With our competitive electric rates, excellent reliability and business-friendly climate, there’s no question that Kentucky is the best place for business....more

With our competitive electric rates, excellent reliability and business-friendly climate, there’s no question that Kentucky is the best place for business.

About LG&E and KU

About LG&E and KU

LG&E and KU have a steadfast and unwavering commitment to the communities they serve....more

LG&E and KU have a steadfast and unwavering commitment to the communities they serve.

LG&E and KU Energy is an innovative, low-cost energy provider based in Louisville, Kentucky....more

LG&E and KU Energy is an innovative, low-cost energy provider based in Louisville, Kentucky.

Now is a great time to get organized so your new place is safe, efficient and comfortable....more

Now is a great time to get organized so your new place is safe, efficient and comfortable.

Report a gas outage or leak

Our new app allows you to pay your bill, report an outage, view our outage map, view payment history, manage your account and more.

Public safety during an outage

Public safety during an outage

If you suspect a natural gas leak, ALWAYS leave the area immediately.

If you need immediate assistance, or to report a gas leak/odor, contact us at:

LG&E is currently working on a project to construct a new natural gas transmission pipeline to serve Bullitt County. The new pipeline, which was approved by the Kentucky Public Service Commission in 2017, will enhance reliability for customers by creating an additional path for natural gas traveling through the system to residents and businesses in the area, reducing the chances of customers in the area experiencing an outage. In addition, the added capacity it provides will support continued growth and economic development within the region.

The pipeline is expected to be about 12 inches in size and 12 miles in length – stretching from an existing LG&E natural gas transmission line in eastern Bullitt County to an existing LG&E distribution line near I-65 that is part of a gas distribution system that serves parts of Mt. Washington, Shepherdsville, Clermont and Lebanon Junction.

The existing distribution line, which serves more than 9,500 customers in the area, is at full capacity. The line can safely continue to serve the utility’s existing customers; however, to ensure reliability, additional gas supply must be added to the system in order to serve any new or expanded requests for natural gas service from industrial, commercial, or residential customers in the area as well as in adjacent areas including Brooks, Hillview and Zoneton. Until the new pipeline can be constructed, new and expanded requests for natural gas service in the area are being deferred.

The transmission line was originally scheduled to be completed in 2019, but the project has encountered delays due to extended negotiations with a limited number of property owners during the surveying phase and easement compensation negotiations with property owners of the easements needed for construction. A tentative timeline for pipeline construction will be determined once all easements have been acquired and the construction contractor is selected. Once underway, construction is expected to take about 6-9 months.

As part of the project, LG&E is requesting a permanent easement on property Bernheim Arboretum and Research Forest purchased after the KPSC granted the CPCN and more than 65% of easements necessary for the project had already been acquired.

The easement requested is approximately 4.5 acres, or less than 0.028% of Bernheim’s 16,000 acres, in an area not open to the public. Approximately 4,000 feet of the pipeline will be on Bernheim property, which runs along an existing, non-LG&E electric transmission line. 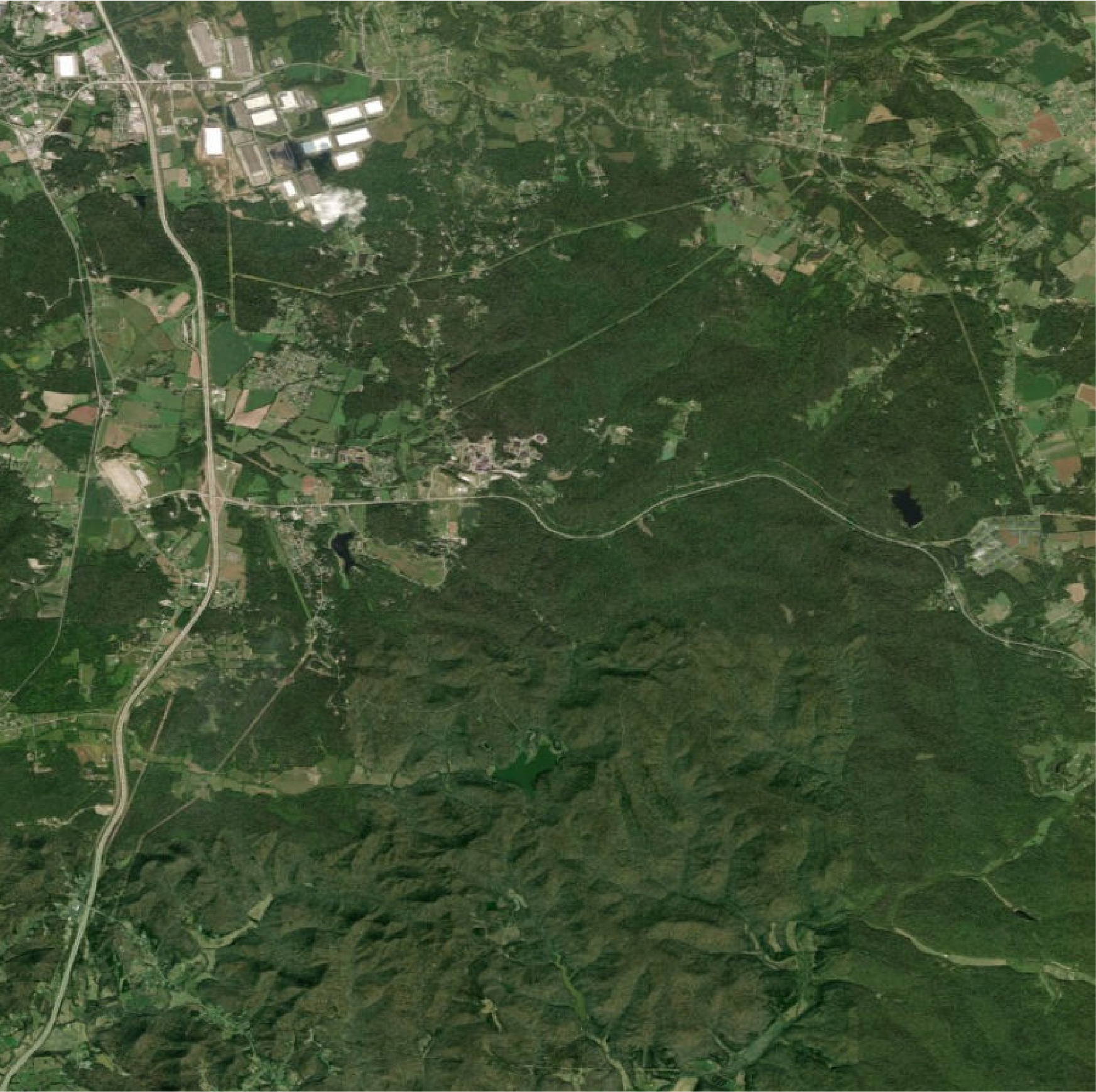 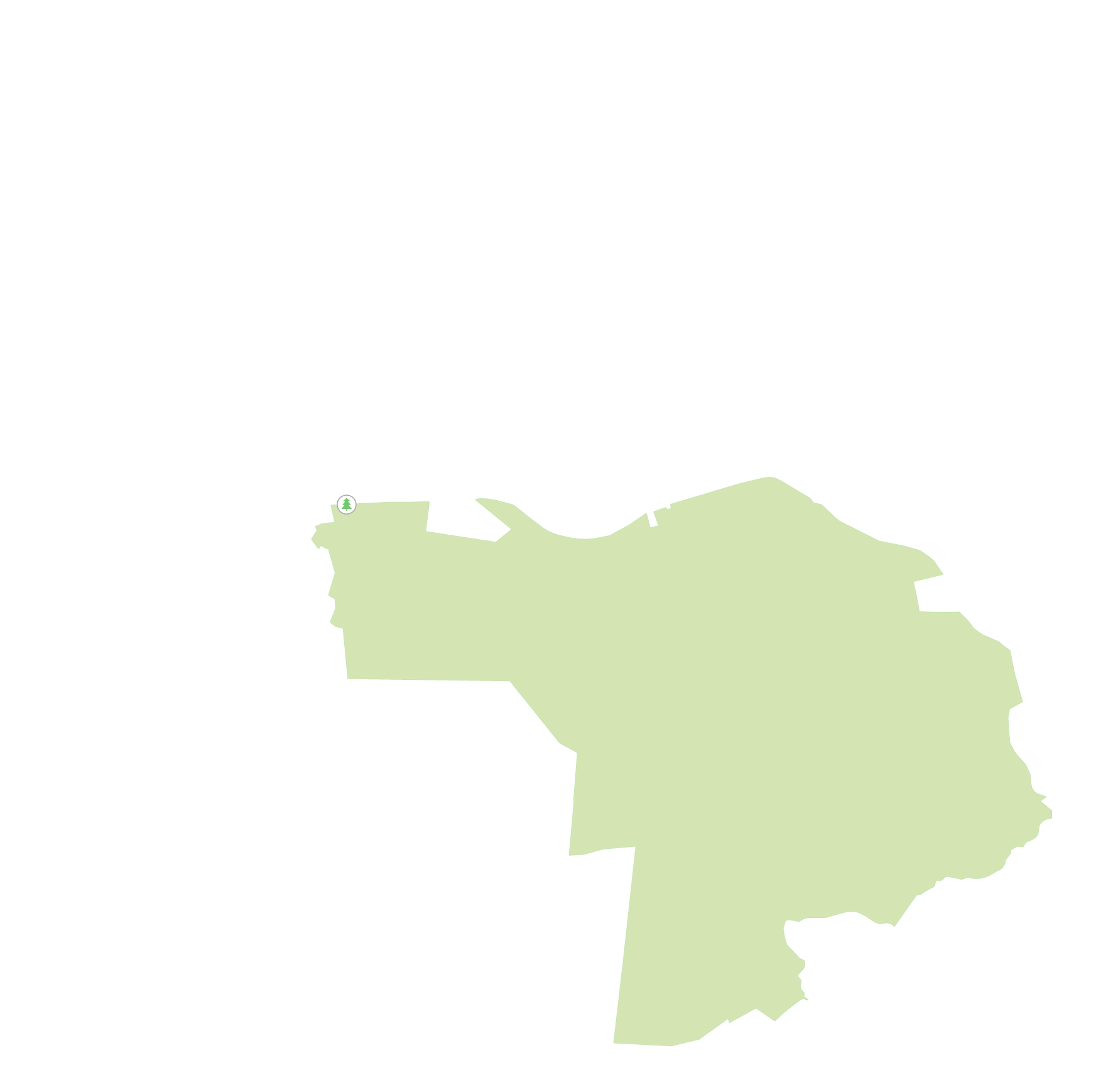 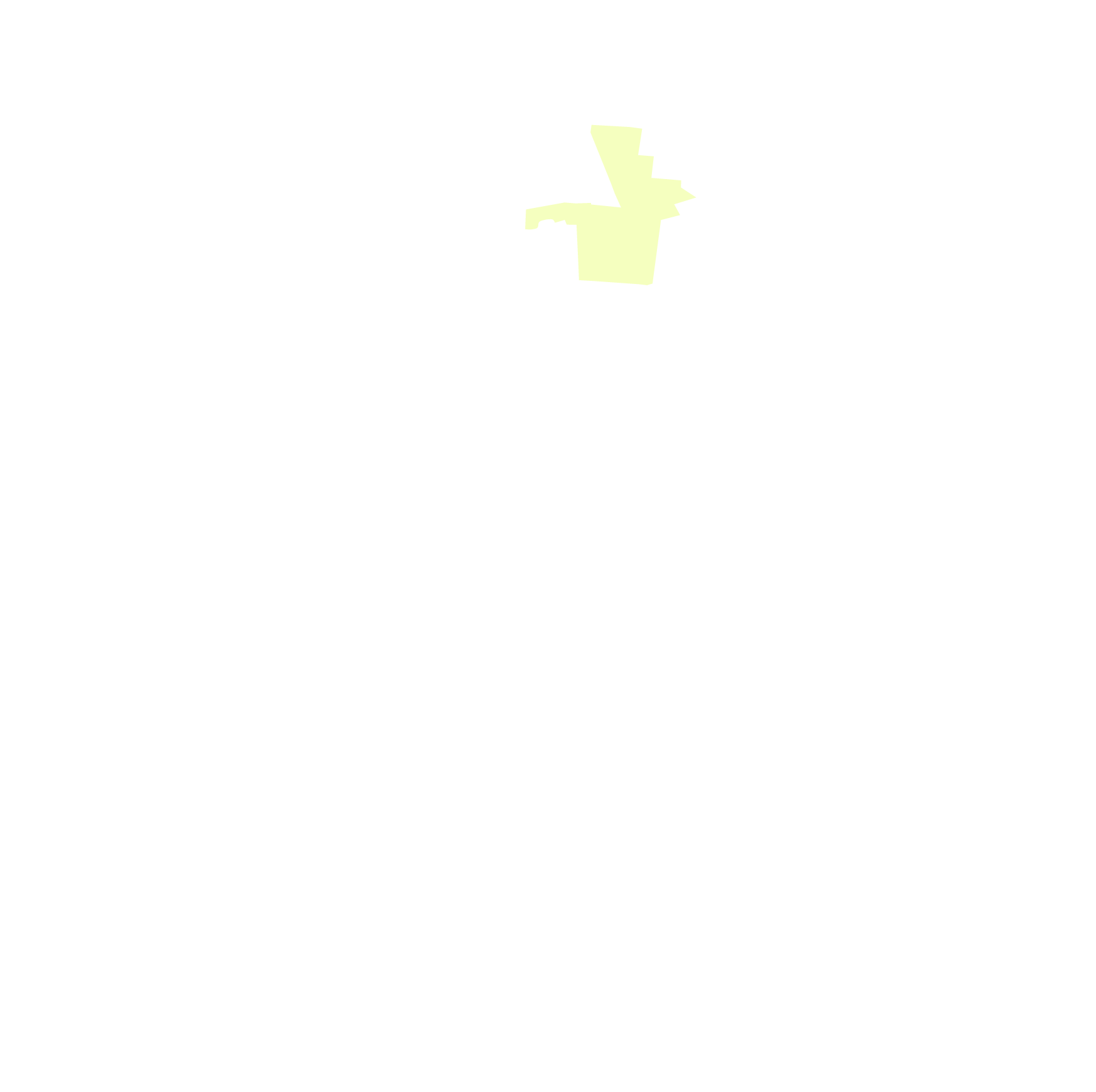 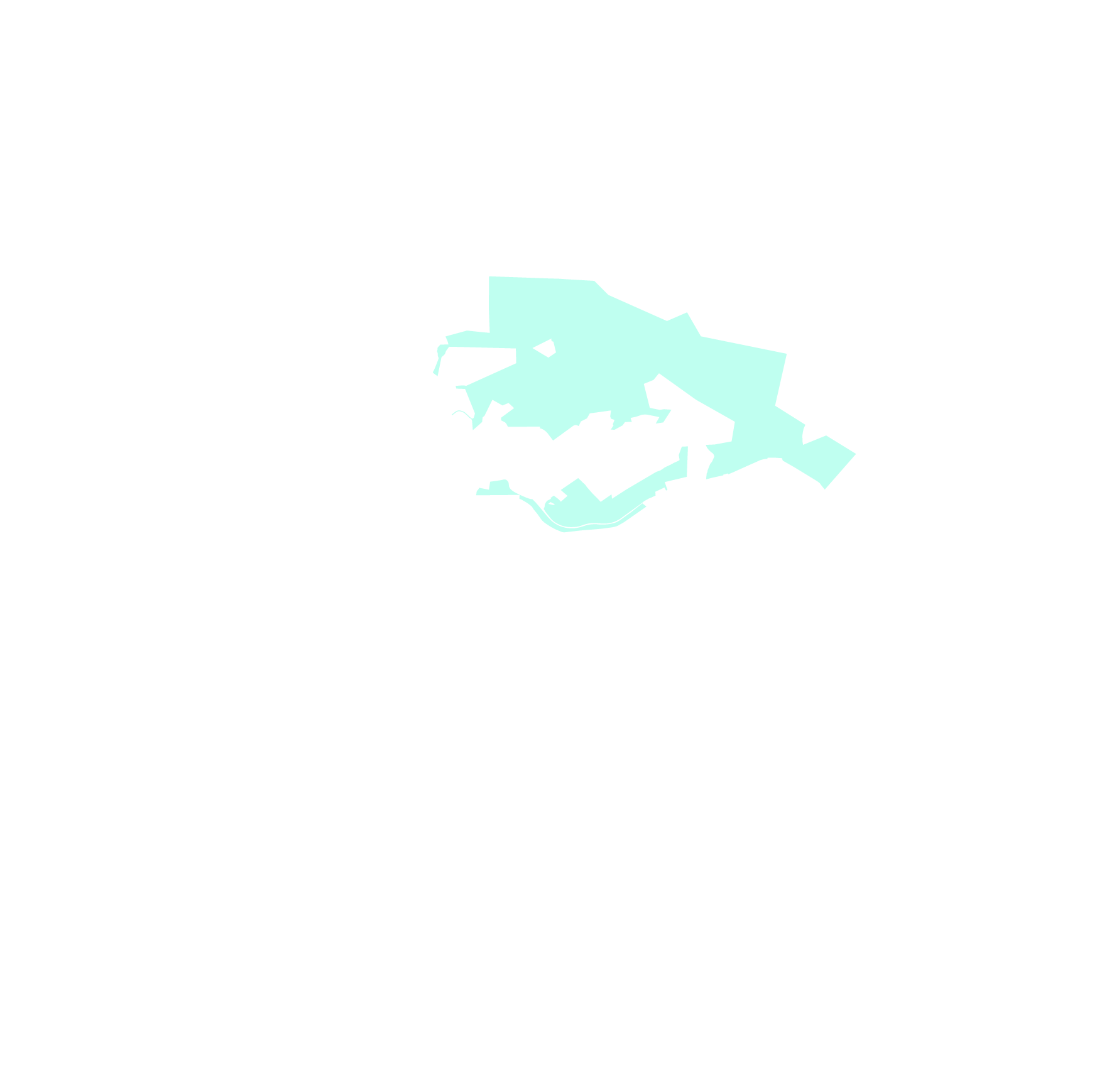 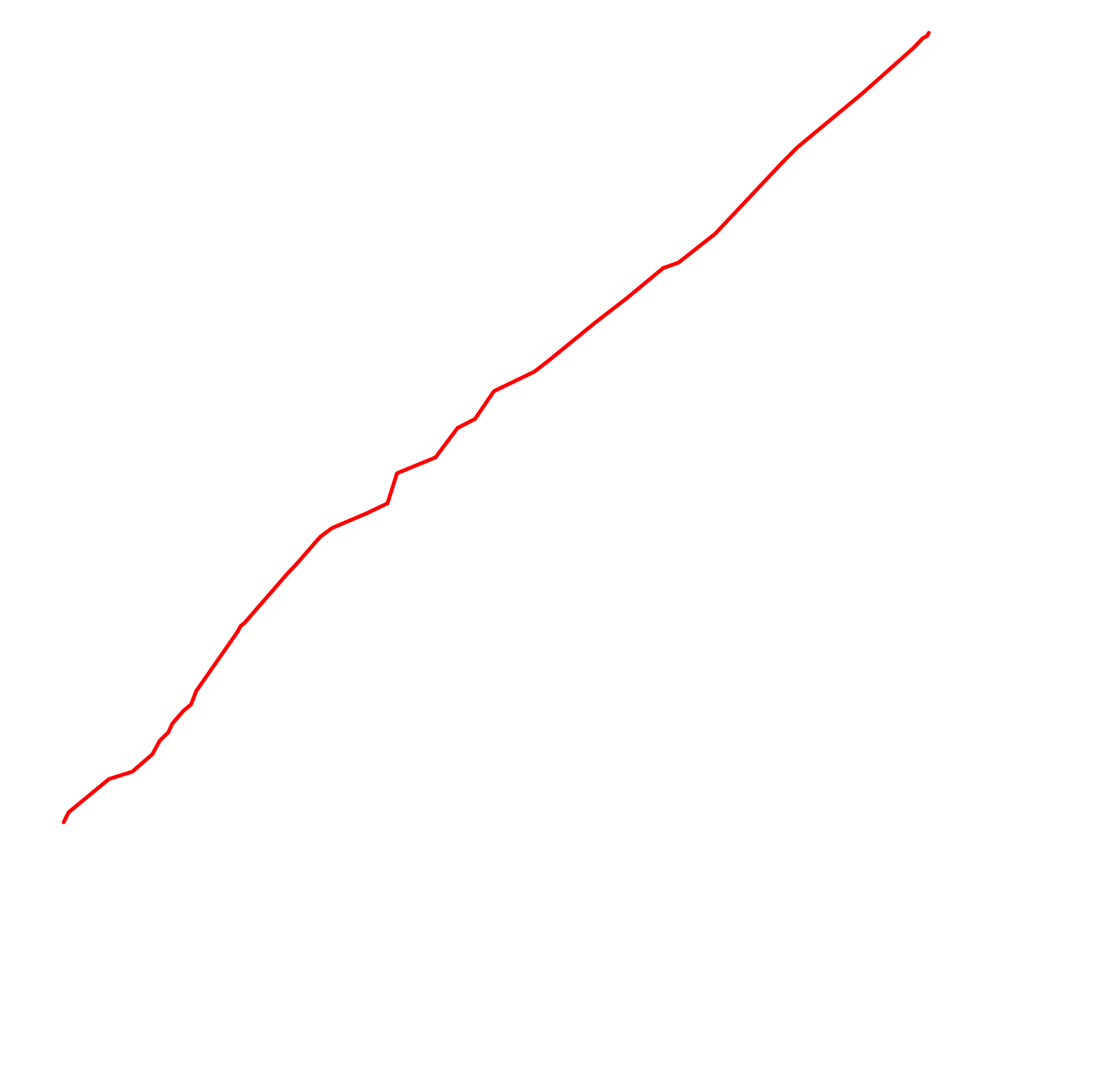 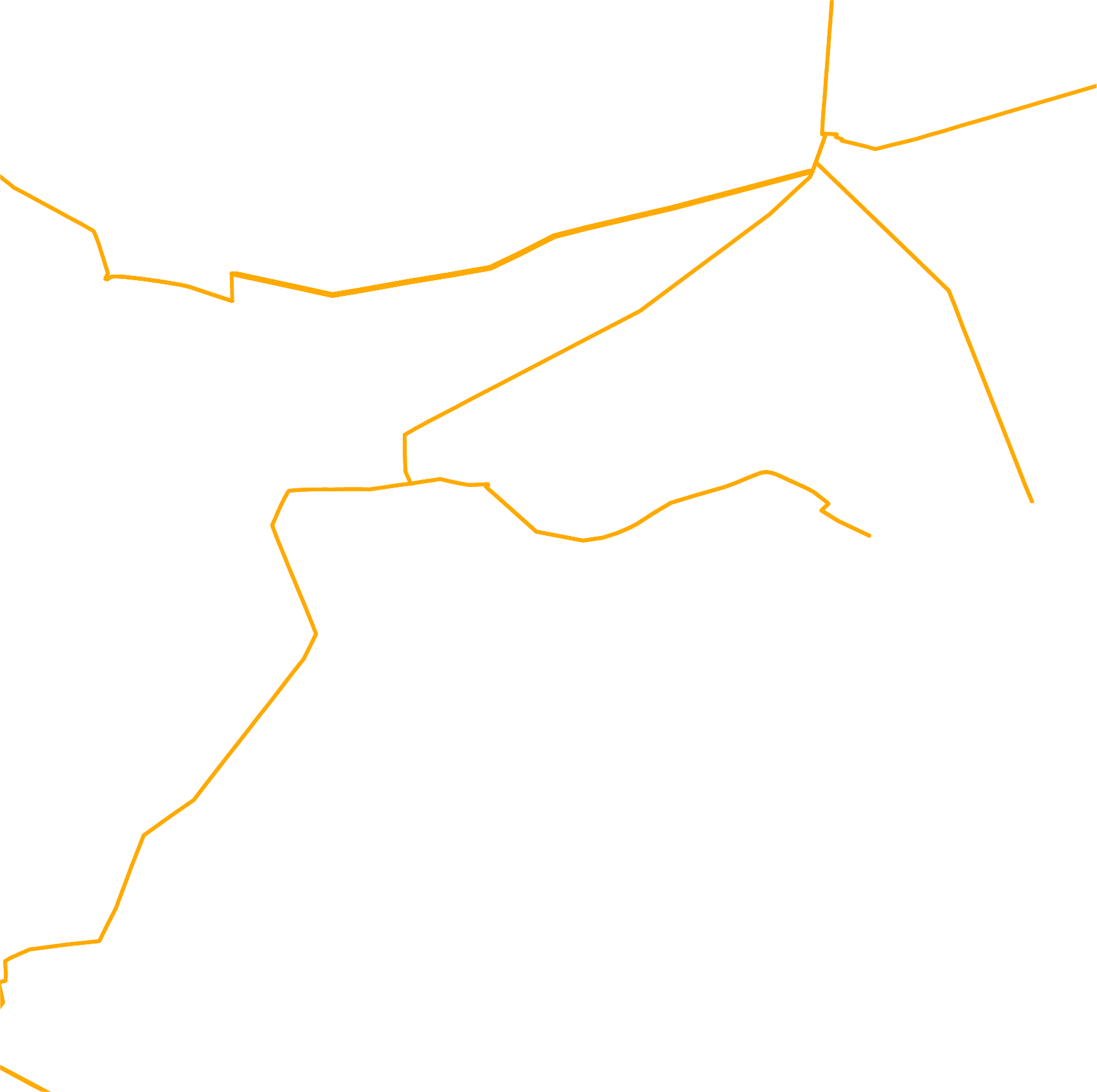 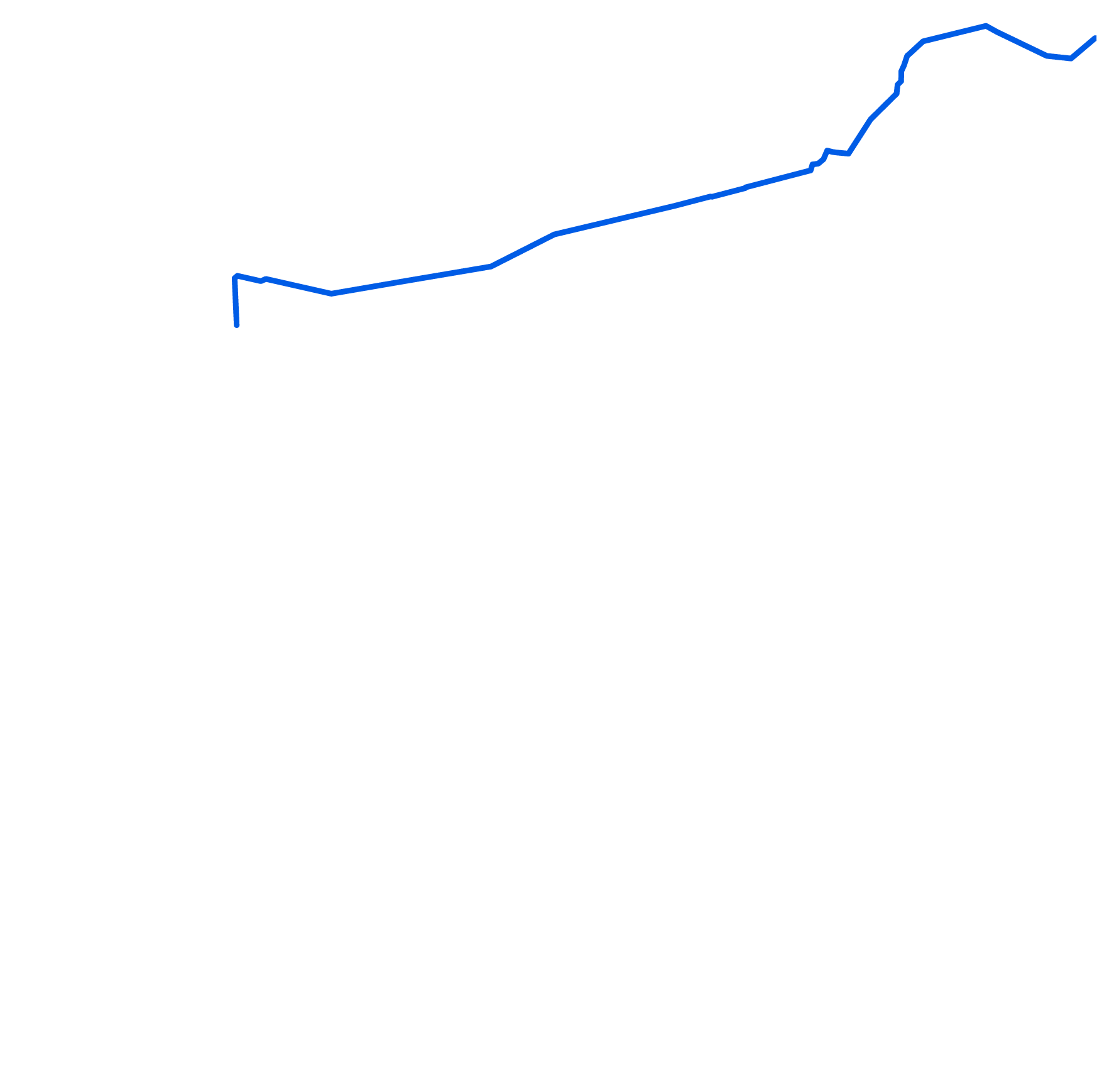 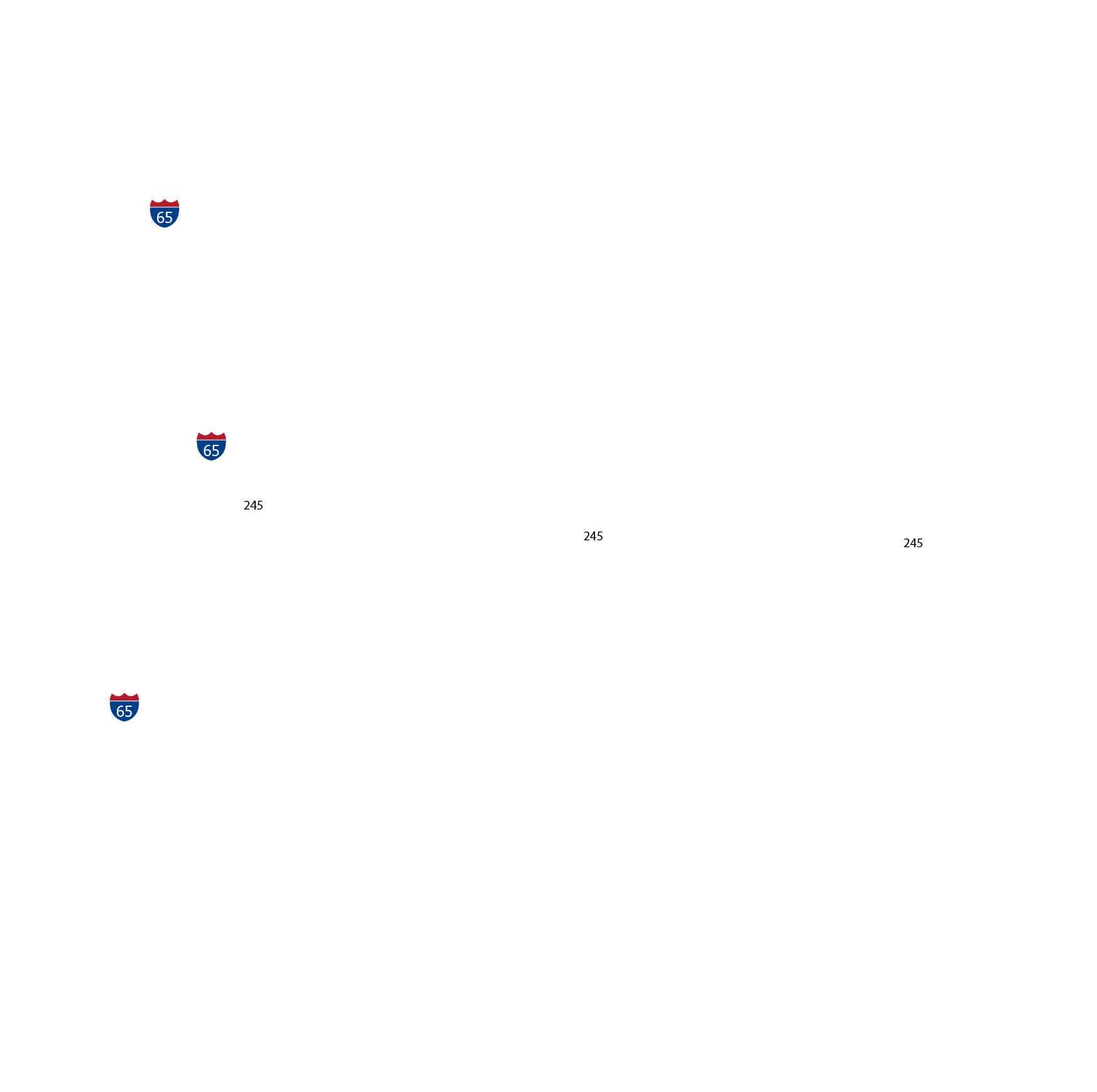 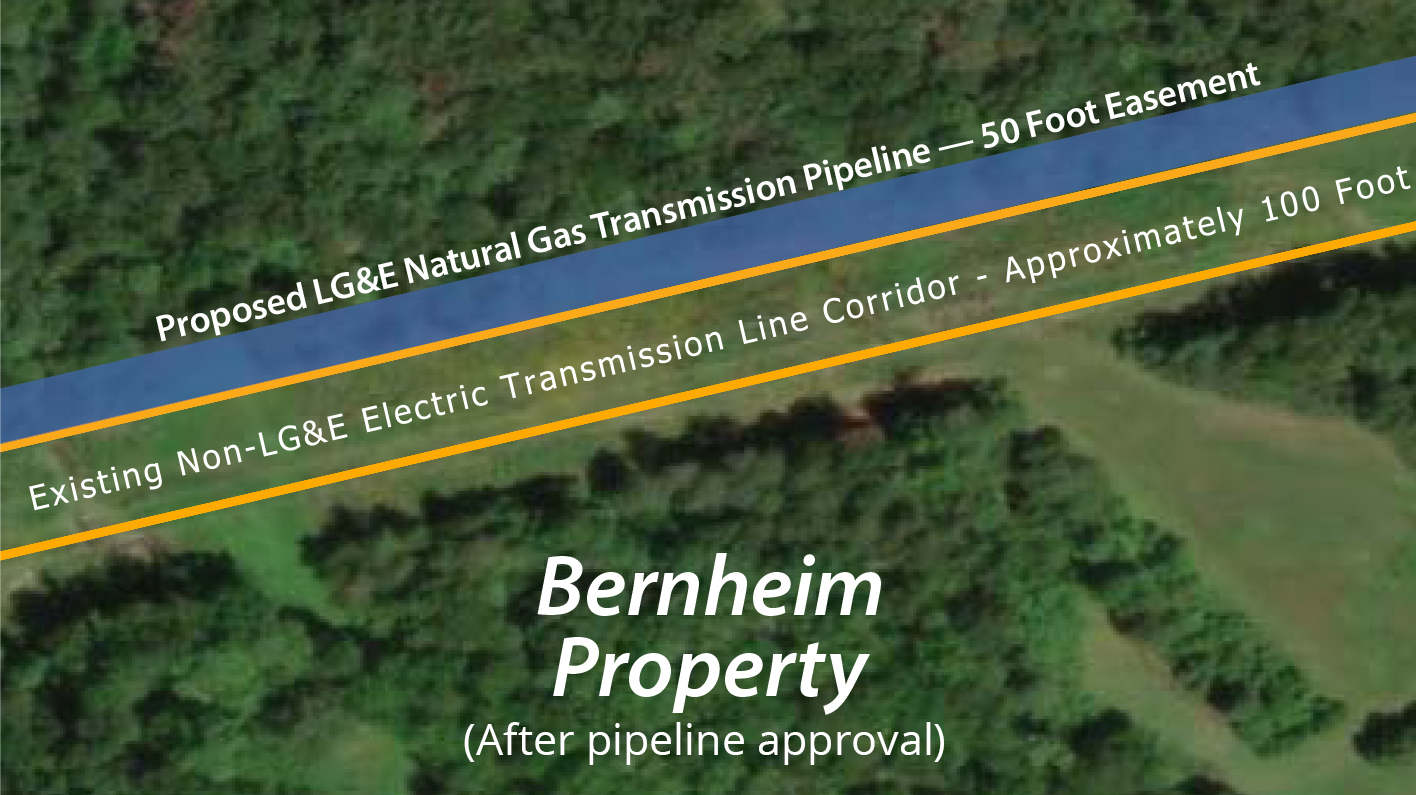 How are you supporting and protecting Bernheim?

We’ve been long-time supporters of Bernheim, from funding tree-plantings on-site to the sponsorship of “Forest Giants in a Giant Forest.” All of us appreciate the importance of Bernheim to the entire community. With respect to the pipeline‘s limited route in the non-public area of Bernheim, here are facts that have been widely misunderstood:

Meeting the energy demands that accompany customer growth, while also minimizing impacts to the environment and surrounding community, is a responsibility we, at LG&E, take seriously and have worked to balance over our company’s more than 100-year history. Our Bullitt County natural gas transmission line project is no different. The route selected was purposefully chosen, in part, because it minimizes the pipeline’s length, which helps to keep costs down and reduces the impact to property owners. In several areas, the route runs along the existing 100-foot-wide electric transmission line easement of another utility, which is already cleared and maintained. At the time it was selected, the route did not impact Bernheim Forest, which was more than 2 miles south. It was not until late last year, after more than 65% of easements necessary for the project had already been acquired, that Bernheim purchased the property with knowledge that it was in the middle of the planned pipeline’s path.

While many have characterized the project entirely as a conflict between LG&E and Bernheim, that characterization is one of many misconceptions — and it takes into account only one entity. LG&E is a long-time Bernheim supporter, and we recognize that its legacy understandably evokes an emotional response from some members of our community. However, to consider only Bernheim minimizes the need for the infrastructure at issue and fails to acknowledge the reality of how delays in the project are impacting the community as a whole — impeding natural gas service to families in their homes; forcing businesses to look elsewhere for access to the low-cost fuel option natural gas provides; effectively blocking potential job growth opportunities and bringing the region’s forward-momentum to a halt. The Bullitt County Economic Development Authority has previously warned that failing to construct the line could lead to a period of slow to no growth, and it appears that reality is quickly beginning to take shape.

As of the end of October, a total of 71 requests for natural gas service in Bullitt County have been denied — including a new school, a recovery clinic, a housing development and industrial warehouses — because of the inability to reliably supply energy to new and existing customers without additional natural gas infrastructure.

Approved by the Kentucky Public Service Commission in an open proceeding in 2017, the pipeline project was scheduled to have been completed and in operation this year. The 12-mile, 12-inch line will create another way for natural gas to reach the up to 10,000 customers served by the existing infrastructure. And, with the existing gas supply line now at capacity, construction of the new line will add capacity to serve what the Authority has called tremendous growth — with each year seeing Bullitt County’s population increase by more than 1,200 residents, the local workforce expand by about 1,500 new employees, the construction of 400 new homes, and the addition of an average of 1.2 million square feet of manufacturing and logistics space.

The permanent easement LG&E is requesting in Bernheim's newly acquired property is approximately 4.5 acres, or less than 0.028% of Bernheim’s 16,000 acres, in an area not open to the public. Just as with all easements we obtain — whether through normal processes or rarely used condemnation action — Bernheim will receive compensation for the permanent and temporary easements necessary. As part of the permitting process, we're working with federal, state and local agencies — like the Kentucky Division of Water and Kentucky Division of Fish and Wildlife Resources — to identify and ensure we’re being mindful of any potential environmental impacts.

Once the project is completed, the easement will be restored to a conservation-minded environment, complete with natural grasses and a pollinator habitat, and can be traversed by wildlife or used for other things like growing crops or pasturing animals. While it is true that this project will result in the loss of some trees, we remain fully open to mitigating the impact of those losses through efforts such as planting two trees for every tree that is lost — the same approach Bernheim plans to use for trees it is removing for its own ongoing construction near its manmade lake.

The reality is that, far from being an "attack" on Bernheim, this needed pipeline can very much coexist with the planned use for this land — as evidenced by an existing underground oil pipeline (not owned by LG&E) that passes just under Bernheim's main entrance and by the multiple other utility corridors that already cross its properties.

Planning for this project has been a time-intensive process with thoughtful decisions made along the way. To abandon the current plan would leave us to start from scratch with new studies for alternative routes — an effort that could take 5-7 years, would create additional costs for other customers, and impact a greater number of landowners; or to simply forgo further service expansion into Bullitt County. We do not think either of those options is in the best interest of our customers or the community. We are confident our current plan best balances the needs of the community and environment, and we continue to believe it is the most reasonable and prudent path forward.

We encourage those interested in the project to visit lge-ku.com/pipeline.